Warning: "continue" targeting switch is equivalent to "break". Did you mean to use "continue 2"? in /home/storythe/dyno-mom.com/wp-content/plugins/revslider/includes/operations.class.php on line 2539

Warning: "continue" targeting switch is equivalent to "break". Did you mean to use "continue 2"? in /home/storythe/dyno-mom.com/wp-content/plugins/revslider/includes/operations.class.php on line 2543

Warning: "continue" targeting switch is equivalent to "break". Did you mean to use "continue 2"? in /home/storythe/dyno-mom.com/wp-content/plugins/revslider/includes/output.class.php on line 3525
 El Nino, the REAL El Nino, and Pearl Bailey…. – Dyno Mom
Parenting Advice 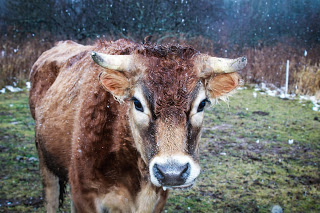 Zeus enjoying the warmer weather of late.
I have been gone a long time. I have been meaning to get back here but finding the blogging rhythm again was hard. I had all these posts in my head and none of them were making it here.

We’re still here, we’re still good, but there has been a lot going on. Firstly, my Eastern Christian fasting book is being edited and is scheduled to be out in time for Lent. Secondly, we realized Ben’s old job with the daily commute of 35 miles each way was not working for us in more ways than one. He took a big leap and quit his job to be an elementary school teacher. He is working out the certification issues (which is so much more complex in Michigan than it is back in Colorado). He is working at a teeny tiny little country school with eleven children in and five are ours. All the elementary school aged kids are at the school with him. It was a hard transition, I won’t lie, but we are on the other side of it and it is good. We also had a difficult few months with the rapid decline of an uncle who’s children were both downstate and who was not married. He died in early October and we had to go through the process of cleaning out his home. Ben and I owned the home he lived in so we were rushing to get it ready for sale and for winter at the same time. We were blessed that a neighbor’s brother and his wife were looking for a smaller, accessible home and this was just right for them. We close next week.

This is an El Nino year, and a strong one at that, which historically means a milder winter for us this year (see HERE). Two years ago, our first winter, was literally the worst on record. It was either the second or third most snowy but it was by far the coldest. Last winter was also considered very harsh though it was a welcome relief to the shock of the first winter. This winter has been relatively warm with not too much snow and enough of a warming trend afterwards that it is melting off for the most part. We have had a couple of big storms but nothing like previous winters. The cows enjoying being outside for the most part and aside from one really rough few days, they are out all day and in at night. Zeus likes to lounge around under a large apple tree and chew his cud and the scant snow has not kept him from it. The long range predictions are in our favor but, things can always change. I have a feeling like Old Man Winter is pulling his punches but that remains to be seen.

The kids are wishing for more of a winter, this is a bit too mild for them. They want more snow, more cold, and more of it all. Even the ones who have to go water the cows. My farmer boy, Raymond, is out there every morning at five to milk and it is quite an affair in the winter weather. He has to be geared up and drags everything out to the barn on the utility sled only to bring it back later. Then when the sun is up, around nine or so, he goes back out to water the animals. I thought he would enjoy the right-at-freezing temperatures but he thinks that it just doesn’t feel like winter in the UP. He wants snow.

Even I am a little divided about the whole thing. I don’t like driving in the soft slushy snow and I would rather it be a bit colder but I think I might be ready for a warm winter with less snow. As long as we have snow for Christmas. I love snow at Christmas. I want to sit and knit and eat and take walks in the snow with Ben. We like to go for a walk every day to just check in with each other. We go about half a mile to three-quarters away and then come back. If we skip it because we are busy or the weather is atrocious, then I miss it and I get grumpy.

Speaking of Christmas, I was listening to Pearl Bailey belt out Silent Night. There is something about her voice. I decided that she embodies bright sadness, a very Eastern Christian concept but not a strange one. Waiting for Christmas and enduring Advent is a difficult, sometimes painful thing. Even for those who are Christian, who have no faith at all, there is a darkness about the season and it all feels overwhelming at times but there is a brightness to the sadness. There is hope to be found there. Pearl’s voice (I call her by her first name like that because I pretend we are close) is technical and clean but also a little muddied, like someone who has been places and seen things and not broken by them. She came out on top. I think that is what Advent is. A bright, Pearl Bailey kind of sadness.

It is good for me to think about this way. My father died a year and a half ago and there are things that are not as buried as I thought they were. Last Christmas was bitter and messy. I ended up having a painful fallout with a relative and it all revolved around my father’s funeral and what was done and said. I had hoped this year I could move forward and not be burdened by his death. It has been harder than I thought. There is a lot of my father in me and in my children and I can’t help but see it. I have my father’s Christmas stocking. Mine was stolen when my mother brought it to work to show someone so my father’s became mine. She covered his name with mine but never took his off, it is there, under the felt. I can picture the bright white felt letters against the red under my own, what is more, I can feel them. When we unpacked them this year, I considered pulling up the green felt and sewing it back down as flap that could be lifted. A little reminder that there is something left of him here in me. I just might do that.

Meanwhile, I am going to head to the kitchen to make some more mozzarella and ricotta since the cow keeps giving milk everyday. She does not care if it is the Nativity Fast or not. I think this weekend I will even make some bunuelos (Mexican donuts) for the children for Saint Nicholas day. You know what? I am definitely going to do that stocking. I am going to remember the brightness in my Pearl Bailey Advent.